We are indebted to Sam Harris for bringing us Eric Weinstein in Sam’s latest podcast Faith in Reason: A Conversation. What a luxury it is to have about 2.5 hours of real intellectual engagement (i.e. not resorting to cheap rug-pulling strategies) and not be subject to the faux Facecrack type knee-jerk regurgitated indignation (or pat ideological virtue-signaling) that is now very much characteristic of institutionalized philosophy. Eric has such a nuanced and conceptually interesting take on some of the deepest philosophical and social issues around — and importantly he has humility. As I’ve said umpteen times before, if you want to get a genuine philosophical education, one can do no better than listen to guys like this who are not climbing the greasy pole (see Eric’s Cartesian diagram below and guess where, for the most part, professional philosophy lies?) And Sam himself is getting better and better at this job: Eric brings out a much more subtle and finessed Sam Harris at least on matters of faith. There is much to be said for the in-person chat as Eric rightly says and this came through with Sam’s chat with Dennett as well. So Sam can “play it again and again” please support him here.

Lot’s of stigmatized truth that needs to be reclaimed 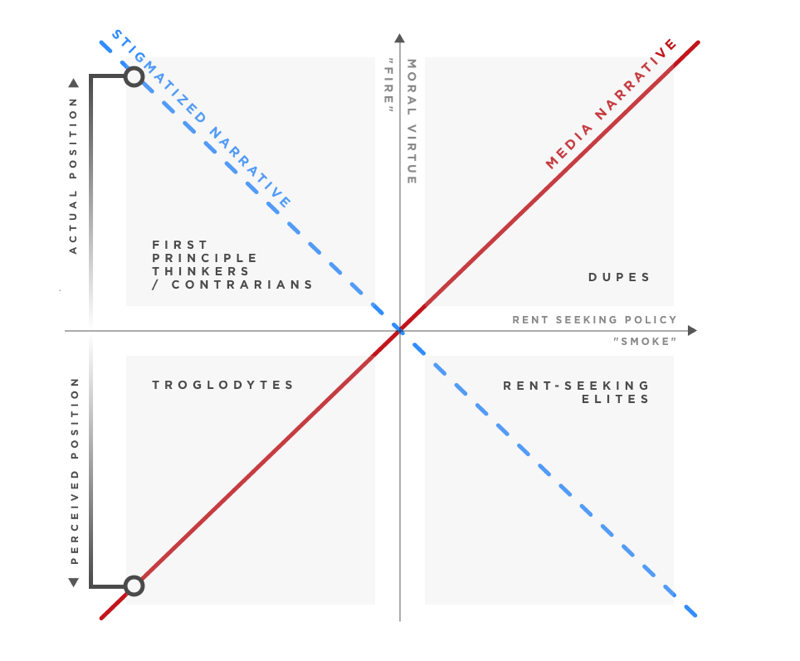