In light of the election result I’m amazed by the intelligentsia’s profound tone deafness in the run up to what has just occurred. As I’ve said umpteen times before (deploying surfing analogy), they superficially look at the swell and not the undercurrents. One can’t help feeling a little schadenfreude (I made a few bob at the bookies, my bets placed some 6 weeks ago). Had they taken the time to dig deeper and by-pass the traditional complicitous media gatekeepers and their own smug echo chambers, the outcome could have been otherwise. I again refer people to Taleb’s post of March this year and Eric Weinstein’s graphic below. 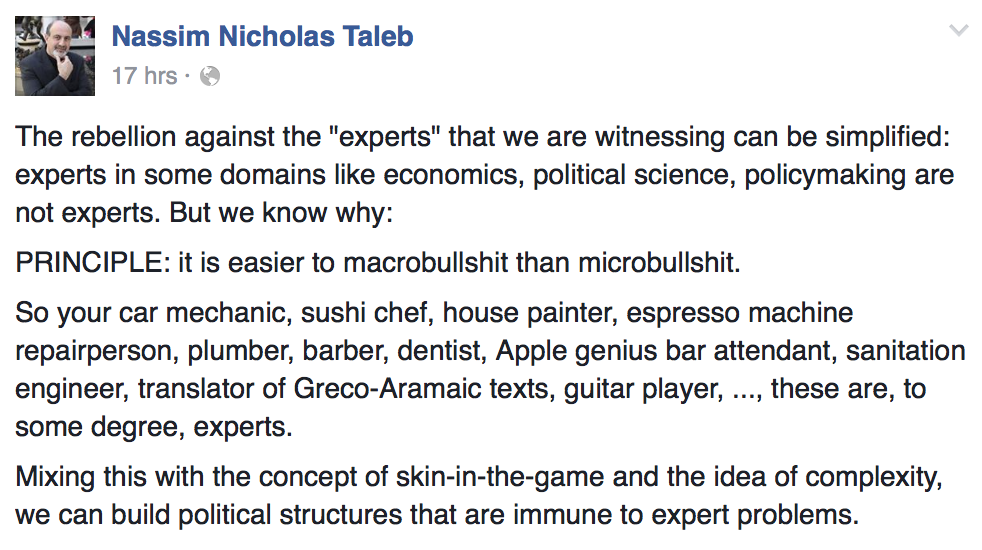 Speaking of rent-seekers, it is worth reposting Eric Weinstein’s equally acute analysis of the now new reality, called by him in August. Who is Eric Weinstein I hear these a priori rationalistic phonies say?