Here’s a review from NDPR — notwithstanding the reviewer’s criticisms, this may well be a useful update to a longstanding, and often infertile debate.

The traditional opposition between social wholes and individuals rings a bit hollow to contemporary ears, not only because the poles of the opposition are only vaguely or ambiguously conceived, nor solely because one suspects that they are hardly mutually exclusive, but also because this opposition doesn’t include, within the scope of potentially relevant factors it considers, those that are non-human or sub-personal (such as, for instance, human biology, ecology, and artifacts and technology). What happens in human affairs is very plausibly constrained, enabled, and affected by a combination of factors classifiable as ecological, biological, and technological, in addition to “individual” and “social.” Since the first three kinds of factors operate in ways that cross-cut the individual-social distinction, and (on some conceptions of the individual or the social) are not included within the framework of that distinction at all, the inherited individualism-holism opposition, and the traditional question of the reducibility or non-reducibility of the social to the individual, are problematic in a way that most contributors to the volume never address. 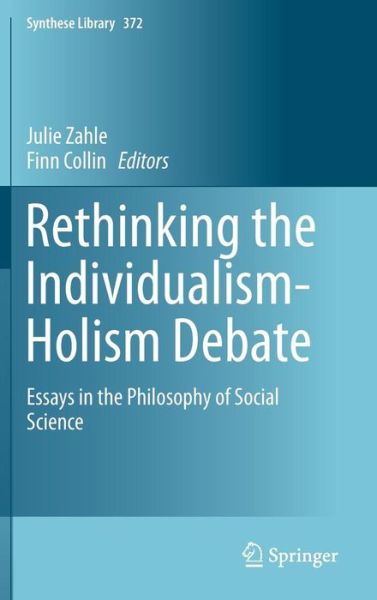