Born on this date and it’s just over twenty years since his death. Here’s a decent enough write-up from ten years ago.

Shortly before his death in March 2000, Paul McCartney paid him a visit. It was “like having the Queen Mother coming round for tea,” he told his wife. 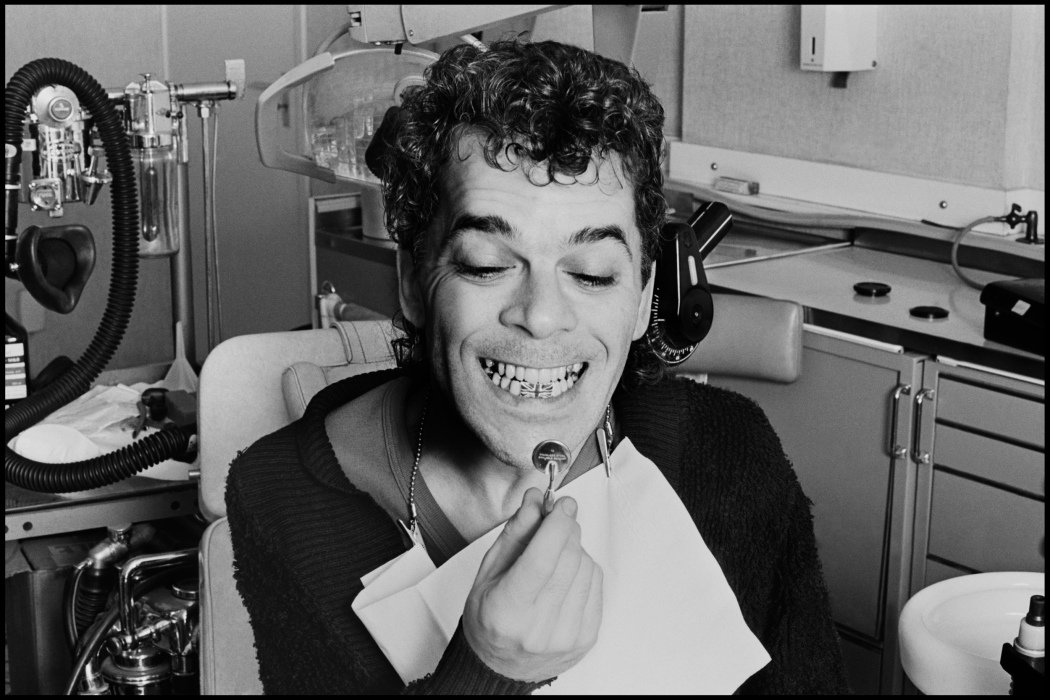 Ian Dury at the Dentist 1978 by Chalkie Davies

Whilst others had problems with him, I always found Ian Dury to be fun to photograph and his enthusiasm made the job easy, no matter what else might have been happening he always switched into photo mode for me and we did some memorable shoots together.

In 1978 the Stiff Tour had made Ian pretty successful, the first album had sold really well and his management set their sights on America.

But before he went there, and paid for by the royalties from Hit Me With Your Rhythm Stick, he decided to get his teeth fixed. Like fellow Punks, Lydon and Strummer, Ian’s teeth were in terrible condition and he underwent serious dental work.

Due to the pressure of gigging he had this done in stages and the Dentist dealt with his lower jaw first, this involved putting a temporary bridge in place and while chatting to the Dentist Ian came up with a unique idea, just in time for his first trip to the Americas.

He had a Union Jack painted on this bridge so that when he gave those septics (septic tank = yank) a big toothy grin they would see the flag of his beloved Britain.

Hearing about this it seemed a natural thing to take photos of, and so I went down to Harley Street with my lights and set up in the Dentist’s office. Ian sat in the chair and mugged away for the camera, it’s one of my favourite sets of photos of him and the NME liked it enough to use it as a cover.