In press for Palgrave Studies in Classical Liberalism.

This collection redresses the conceptual hubris and illiteracy that has come to obscure the central presuppositions of classical liberalism – that is, the wresting of epistemic independence from overwhelming concentrations of power, monopolies and capricious zealotries be they of a state, religious or corporate in character.

2. Democracy, Liberalism, and Discretion: The Political Puzzle of the Administrative State – Stephen Turner

Conventional accounts of liberal democracy tend to obscure a basic fact: the phenomenon of administration. The American reception of the administrative state was self-consciously imitative of Continental models of state bureaucracy, as a remedy for the ills of democratic politics, but construed as a means of saving democracy from itself, and from lawyers and legalism, in the name of efficiency. The means was discretionary power, unaccountable to the courts and to voters. Reconciling this to democracy proved a challenge, and continues to be one.

3. Ordoliberalism as the Operationalisation of Liberal Politics – Mikayla Novak

The ordoliberal school emerged as a distinctive strain of classical liberal thought during the twentieth century. Responding to the breakdown of public governance during the German Weimar and Nazi eras, ordoliberalism aimed to revitalise liberalism as a philosophical disposition with political applicability. They articulated rule-based policy principles, to ensure governmental actions are compatible with the qualities of liberty, mutuality and equality. Ordoliberals drew upon economic, legal and sociological insights to insulate political action from the vagaries of rent seeking conduct. Recent scholarship integrates ordoliberal theory with dynamic econo-social activity, and addresses charges that constitutionally constraining political power is somehow anti-democratic. The ordoliberal system of promoting liberty using political techniques is a clear alternative to the recent trend of “creeping authoritarianism” in modern politics.

Philosophical liberalism leads a double life. On the one hand (analytically-discursively), it is a closely-studied tradition of political thinking, extending from Locke to Hayek, of appreciable internal diversity and recognizable stages of development. On the other hand (rhetorically-responsively), it is the hegemonic, all-purpose negative frame of reference. As the dominant First World ideology, or (if one prefers) political theory, it is the viewpoint in terms of which other ideologies define themselves. It is an important counterpoint to Marxism, to socialism, to conservatism, libertarianism, and even to anarchism, despite the fact that each of these doctrines contains liberal elements to a greater or lesser degree. We examine the conceptual relationship between two key liberal values – justice and rights – especially in light of the rise of “social” justice and its now prominent driver, identitarianism. This is especially challenging to standard conceptions of liberalism and its identity-neutral vocabulary of justice, i.e. cives, persons, and agents.

5. Liberalism and the Modern Quest for Freedom – David D. Corey

What is liberalism? What accounts for its tendency to change over time?  Corey answers these questions by situating liberalism within a much broader, more powerfully sweeping historical movement, the “modern quest for freedom.” This movement predates liberalism, gives rise to it, and eventually overtakes it in its original form while retaining the name “liberalism,” especially in the United States, for reasons partly principled, partly expedient. Corey’s historical presentation of liberalism facilitates a unique assessment of some of its current weaknesses. This in turn makes possible a concrete discussion of what an effort to “reclaim” liberalism might look like.  Ultimately, Corey argues that the politics of warring freedoms (what contemporary liberalism has in part become) should give way to a markedly different conception of politics called the politics of liberal truce.

6. Liberalism for the 21st Century: From markets to civil society, from economics to human beings – Gus diZerega

Liberal thought has individualist or evolutionary roots. Individualist liberalism views rights as prior to society, supports methodological individualism, and models freedom in terms of abstract choice and market exchange. Arising from the Scottish Enlightenment, the Humboldt brothers, and Darwinian theory, evolutionary liberalism emphasizes individuals and society coevolve in social ecosystems. Individual rights and freedom have social origins, with choice always occurring in contexts, some more conducive to flourishing and freedom than others. Flourishing is the ethical foundation for rights, and civil society, not markets, the optimal context for manifesting liberal values. Hayek developed this view, now increasingly supported by modern biology. Evolutionary traditions establish liberalism on a scientific rather than contested philosophical foundation. In practice evolutionary liberalism has also proven a better foundation for freedom.

7. The Origins of the Rule of Law – Andrew Irvine

The distinction between rule of law and rule by law rests primarily on whether laws apply only to the citizen, or equally to government and citizen alike. Unlike mere rule by law, rule o flaw requires that no one be above the law, not even those who have the power to write and rewrite the law. How did this idea – the idea that even the most politically powerful among us are not all powerful – originate? Like so many ideas central to modern democracy, it had its origins in ancient Greece. In a trial that today often remains overlooked, it was one man’s action that helped establish the first rudimentary distinctions between constitutional democracy and unrestrained mob rule.

8. Burke’s Liberalism: Prejudice, Habit, and Affections and the Remaking of the Social Contract – Lauren Hall

Many of the critiques of liberalism broadly center on the way its over-dependence on individual rationality has effect of isolating individuals from their communities. Critics from both the right and the left have argued, particularly recently, as in the works of Thomas Piketty or Patrick Deneen, that liberalism has failed in its quest to create a society of free and responsible individuals in part because of the success of its principles. Part of this failure may lie in the way in which liberal commitments to principles like reason, consent, and even freedom have been pushed to extremes in a way that harms the fundamental balance required between individual rights and community interests. The work of Edmund Burke serves as an antidote to this extremism. Far from being a conservative as he is often characterized, Burke’s liberalism is one that provides a supplement or corrective to the excesses of more extreme versions of liberalism. He offers an “affectionate liberalism”, one rooted in the particulars of time and place and one that, far from rejecting liberal values, believes that they are best protected within robust communities of individuals who are connected by a shared past, present, and future.

Democratic Peace Theory has been losing favor causing many scholars to look for other causes of the steady decrease in interstate war. According to proponents of “capitalist peace theory,” it is economic liberalization that leads to fewer conflicts. This question originally came to the fore during the early modern period, when European states dramatically expanded their commercial interactions. Proponents of this theory thought trade would decrease the attractiveness of war-making and could cause the decrease of conflict we see today. One of the foremost thinkers on the mechanisms for capitalist peace is Montesquieu. This paper has two primary aims. First, it examines Montesquieu’s primary reasons for capitalist peace. Second, it connects Montesquieu’s reasoning to contemporary public choice theory. This connection highlights the ongoing relevance, as well as the limits, of Montesquieu’s work for international peace.

10. ‘China’s Hayek’ and the Horrors of Totalitarianism: the Liberal Lessons in Gu Zhun’s Thought – Chor-yung Cheung

Gu Zhun is regarded as “China’s Hayek”, who was the first economist under Mao’s China to openly advocate that without following the price mechanism, there was no rational basis for resources allocation. He was sent to labour camps in the 1959-1960 famines and was expelled from the Communist Party during the Cultural Revolution. His works recorded important reflections on the horrors of totalitarian rule. The lessons learned by Gu anticipated Amartya Sen’s explanation of man-made famines and echoed Hannah Arendt’s analysis of the totalitarian suppression of the moral self. This chapter attempts to reconstruct Gu’s insights and argues that the liberal turn in the thoughts of some leading Chinese thinkers like Gu was one contributory factor helping Deng’s China move away from totalitarianism.

David Hardwick and Leslie Marsh have assembled a contentious collection of independent thinkers on liberalism’s identity and prospects. Should liberalism be democratic, classical, ordo, legalistic, culture-based, market-based, or what? The international crew of authors—from Australia, Canada, China and the USA—draw upon the insights of key historic figures from Locke to Montesquieu to Burke to Dewey to Hayek to Rawls (and of course others, given liberalism’s rich history), and they leave us with a set of liberalisms both in collision and in overlapping agreement. This book is stimulating reading for those engaged with next-generation liberal thought. — Stephen R. C. Hicks, Professor of Philosophy at Rockford University 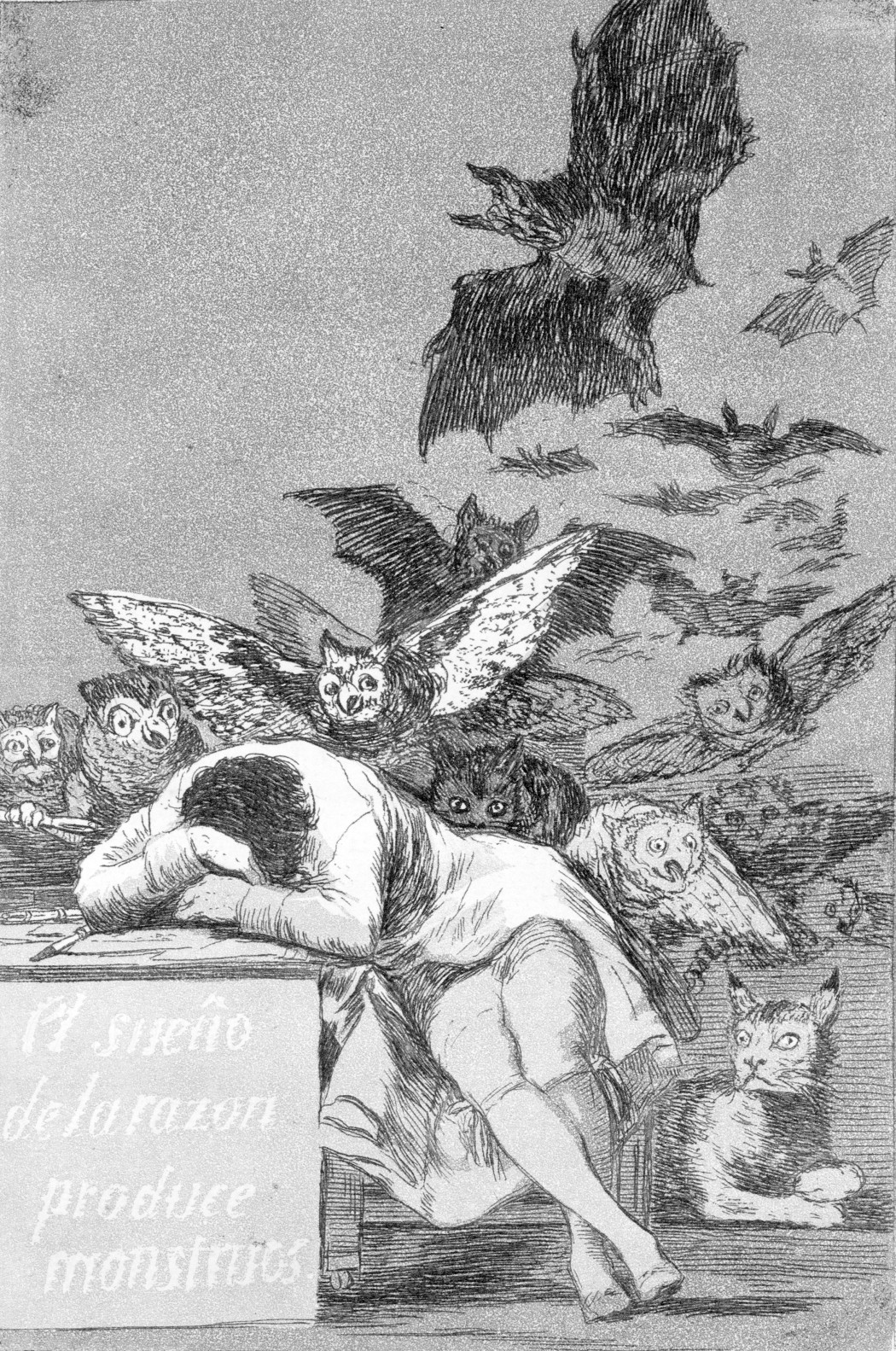