This article introduces the work of philosopher-novelist Walker Percy to the Zygon readership. After some biographical and contextual preliminaries I suggest that the conceptual collecting feature to Percy’s work is his critique of abstractionism manifest in a tripartite comprising Cartesianism and derivatively misapplied science and social atomism.

2. LIFE ON THE ISLAND by Elizabeth Corey

Walker Percy was both a medical doctor and a serious Catholic—a scientist and a religious believer. He thought, however, that science had become hegemonic in the twentieth century and that it was incapable of answering the most fundamental needs of human beings. He thus leveled a critique of the scientific method and its shortcomings in failing to address the individual person over against the group. In response to these shortcomings Percy postulates a religious understanding of human life, one in which man’s life is understood as a pilgrimage or a search. The person who searches may not find the “object” of his search during his earthly life, but it is likely that he will come to a better understanding of himself by means of it.

3. SCIENTISTS IN THE COSMOS: AN EXISTENTIAL APPROACH TO THE DEBATE BETWEEN SCIENCE AND RELIGION by Stacey E. Ake

Walker Percy’s use of the terms Umwelt (environment) and Welt (symbol world) as well as his separation of events into dyadic and triadic ones, where the latter involve human beings, is brought to bear on the relationship between science and religion with the upshot being that science (a dyadic enterprise) is not equipped to really understand or explain triadic entities (namely, human beings).

The novelist Walker Percy argued that modern science has a tremendous blind spot in its view of human nature. Unlike purely physical phenomena, which can be explained by the interaction of dyadic relationships, human beings must also be understood in terms of triadic relationships brought into being by symbolic language. The self brought into being by symbolic language is non-material but real, and operates by different “laws” than those that govern dyadic relations. In making this case, Percy drew a sharp line between human and nonhuman language, a line that more recent developments in science has challenged. However, Percy’s central point, that the agent of symbolic language cannot be understood within a materialist framework, remains valid.

5. CONFESSIONS OF A LATE BLOOMING “MISEDUCATED” PHILOSOPHER OF SCIENCE by Benjamin Alexander

This article provides a survey of Walker Percy’s criticism of what Pope Benedict XVI calls “scientificity,” which entails a constriction of the dynamic interaction of faith and reason. The process can result in the diminishment of ethical considerations raised by science’s impact on public policy. Beginning in the 1950s Percy begins speculating about the negative influence of scientificity. The threat of a political regime using weapons of mass destruction is only one of several menacing developments. The desacrilization of human life from cradle to grave leads Percy to assert that modern science’s impact is often radically incoherent. In The Moviegoer Percy finds his existential and theistic voice that would enable him to advance his critique of science. 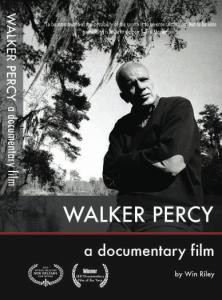