I’ve been following the fascinating work of Tudor Parfitt for the past thirty or so years. He is known primarily for his television programmes broadcast on the BBC and Channel Four. I finally got to reading his book Black Jews in Africa and the Americas. In this age of crude identity politics and “cultural appropriation” fundamentalists, the story that Parfitt tells would, needless to say, obfuscate their ideologically and robotically regurgitated narrative. This aside from the fact that Jewish identity has ALWAYS been THE puzzle case in matters of social ontology. Parfitt’s book is very accessible and relatively brief, so if you want to get beyond the standard literature on race and colonialism, this book is just the ticket to muddy the waters. Despite seeing some value to the work one snippy reviewer in The American Historical Review completely misses the deep philosophical point that is the driver to the discussion. The reviewer writes: “However, Black Jews does little to define the terms “blacks” and “Jews,” and they are in bad need of denotation, particularly when counterpoised.” Now, that’s precisely the point!! There are no necessary and sufficient conditions for social identity, but this doesn’t mean either that one needs to buy into vulgar social constructivism, characteristic of the off-the-peg sort that is making headlines, under prevailing (and yes essentialist) identity politics paradigm. The reviewer then goes on to say that: “For a work deeply concerned with identity construction, it is also remarkable that Parfitt does not discuss the huge body of sociological and psychological literature that demonstrates how contemporary identities of individuals and groups are constructed.” Again, this is added value to Parfitt’s work — he’s not buying into the standard (and often) ideological lenses that sociologists especially, uncritically peddle, lapped up by their SJW cannon-fodder acolytes. Psychologically speaking, I don’t have a sense that the reviewer is au fait with much (or any) of the recent respectable research into social cognition. Perhaps the most idiotic comment is that: “Parfitt’s quest for etiology mirrors the very racialist reasoning he exposes earlier in his work as colonialist or the spawn of mono- and polygenesis theoreticians.” Across Parfitt’s work, this was never ever something entertained or even hinted at. Parfitt is merely using a tool, one legitimately employed scientific tool, to trace the spread of a genetic marker across vast geographical areas, adding some scientific credence to investigating the mythology of these stories. Parfitt is in no way claiming that this marker constitutes the essence to some racial or social profile — hence he desisted from defining “black” and “Jew”, precisely avoiding the dreadful essentialism that the reviewer chastised him for not engaging in earlier. Doesn’t the reviewer grasp that sociality is contingent and is not tied to some dubious metaphysic? That’s why to be critical of some aspect of a culture is the sine qua non to free speech and liberality. If that is denied, then our Enlightenment inheritance is doomed and we are about to enter the Dark Ages again — in some respects we are already there. Anyway, if you are genuinely interested in the puzzle cases thrown up by social ontology (and social history) this little book sheds light on the relatively little known phenomenon of black Jewry and should give food for thought (to Jew and Gentile alike) on critically engaging with these fascinating issues in social identity. 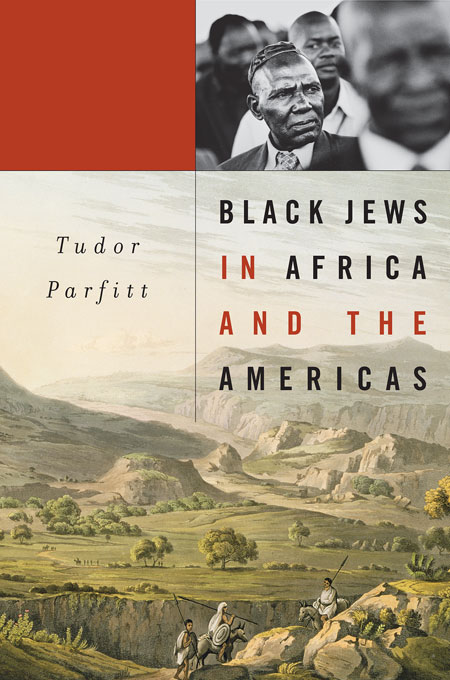