This announcement (below) posted on PHILOS-L. Jonathan years back very kindly sent me a copy of his The Possibility of Metaphysics (1998) and A Survey of Metaphysics (2002). Here is an interview with Jonathan. 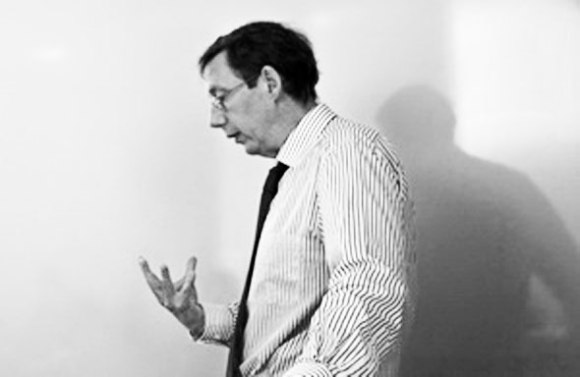 It is with great sadness that we announce the death of Professor E. J. (Jonathan) Lowe. Jonathan was born in Dover, England, on 24th March 1950. He went to Cambridge to read Natural Sciences in 1968, but changed to History after one year and was awarded a BA (first class) in 1971. After that, he switched to Philosophy and moved to Oxford, where he was awarded his BPhil and DPhil degrees in 1974 and 1975 (supervised by Rom Harré and Simon Blackburn respectively). After a brief period teaching at Reading, Jonathan joined the Department of Philosophy at Durham in 1980, where he stayed for the rest of his career. He was promoted to Senior Lecturer (1990), Reader (1992) and then Professor (1995). During his time at Durham, Jonathan established himself as one of the world’s leading philosophers, publishing twelve single-authored books, four co-edited collections and well over 200 articles in journals and edited volumes. His scholarship was strikingly broad, ranging from early modern philosophy through to the interpretation of quantum mechanics. His most important and sustained contributions were to philosophy of mind, philosophical logic and especially metaphysics.

Jonathan adopted a realist conception of metaphysics as an autonomous discipline concerned with the fundamental structure of reality, as exemplified by his important book The Possibility of Metaphysics (OUP, 1998). Metaphysics, he maintained, should take common sense as its starting point, while at the same time acknowledging that aspects of common sense will need to be revised or abandoned. It should also retain a healthy respect for science but resist scientism, as the role of metaphysics is to illuminate features of reality that empirical scientific enquiry inevitably presupposes. It is therefore the most fundamental form of enquiry and – as Jonathan also emphasised – something that is extremely difficult to do. But, he insisted, there are no cheap short-cuts, and no piecemeal solutions to metaphysical problems. Metaphysics is to be done systematically and patiently. Jonathan’s approach drew inspiration from Aristotle and Locke, amongst others, both of whom retained a foothold in common sense. His metaphysical writings addressed a range of themes, including volition, personhood, agency, mental causation, identity, truth, essentialism and ontological categories. In recent years, one of his many notable achievements was the formulation of a new ‘four-category ontology’, which he proposed as a metaphysical foundation for all empirical scientific thought. The most detailed account of this appears in his book The Four-Category Ontology (OUP, 2006).

Throughout his life, Jonathan was guided by a kind of faith in our ability to discover the fundamental structure of reality through metaphysical thought. He was spurred on by a constant sense of puzzlement, fascination and bewilderment at the existence and nature of reality, and would not let extraneous considerations distract him from a resolute search for truth. Those of us who knew him will remember him not just as a gifted and committed philosopher but also as an exceptionally kind, caring and generous person. He was an accomplished teacher, who did everything he possibly could to support, encourage, nurture and inspire his students, many of whom have gone on to have successful academic careers. He was similarly supportive of his colleagues at Durham and of the wider philosophical community. Philosophers from all over the world came to depend on him as a mentor and referee, and he would spend many hours most weeks writing carefully crafted letters of support. It was a privilege to work with Jonathan. He was always a keen participant in research events, at Durham and elsewhere, where he exercised his astonishingly refined critical skills and offered numerous insightful comments, without ever being dismissive. Even with his eminence in the profession and the many associated demands on his time, he insisted on doing his fair share (and usually more than his fair share) of administrative and teaching work. He was a reassuring presence in the department, who was always on hand to offer support, advice and consolation to colleagues. We are diminished by the loss of an outstanding philosopher and a great friend.

Jonathan died on 5th January 2014, after several months of illness. He leaves his wife, Susan, and their two adult children, Rebecca and Tim.