Anthony Grayling’s article Don’t dismiss dishonesty, it can be virtuous takes wing from two law lecturer’s research (no citation given), who according to Grayling, say “that they have found that there is no consensus in our society about what honesty is.”  Grayling’s thesis, as interesting as it is, is that “across time and culture, our notion of honesty shifts. What doesn’t is the way every generation gets lost in the grey areas” – still doesn’t cut very deep. A deeper and more subtle analysis of dishonesty is to be found in David Livingstone Smith’s Why we lie: The evolutionary roots of deception and the unconscious mind which is reviewed by law professor Tamar Frankel. A listing of interviews (some with links) by David on this topic can be found here. 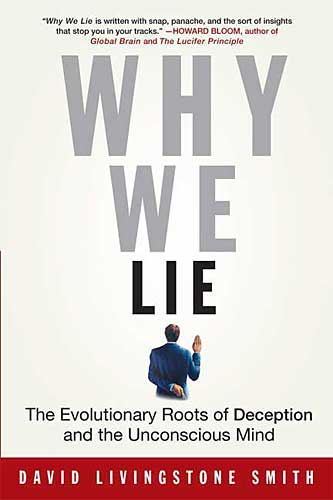