The theme of the unremitting nature of practical life also appears in Elizabeth Corey’s essay “The Religious Sensibility of Michael Oakeshott.” Drawing on Oakeshott’s two essays on the Tower of Babel to flesh out his critique of the perfectionism and obsession with achievement that vitiate modern life, Corey shows how Oakeshott conceived of religion as a corrective to these spiritual maladies. She does not conceal that Oakeshott’s conception of religion, which stresses living in the present, unburdened by anxiety for worldly success or achievement, is not exactly orthodox; nevertheless, she insists that Oakeshott’s work is full of authentic religious insight. Corey is particularly attracted to Oakeshott’s assimilation of the religious disposition to the poetic disposition. Both dispositions eschew the frenetic quest for worldly achievement and opt instead for delight in the present, and both offer a temporary respite from the tyranny of practice. 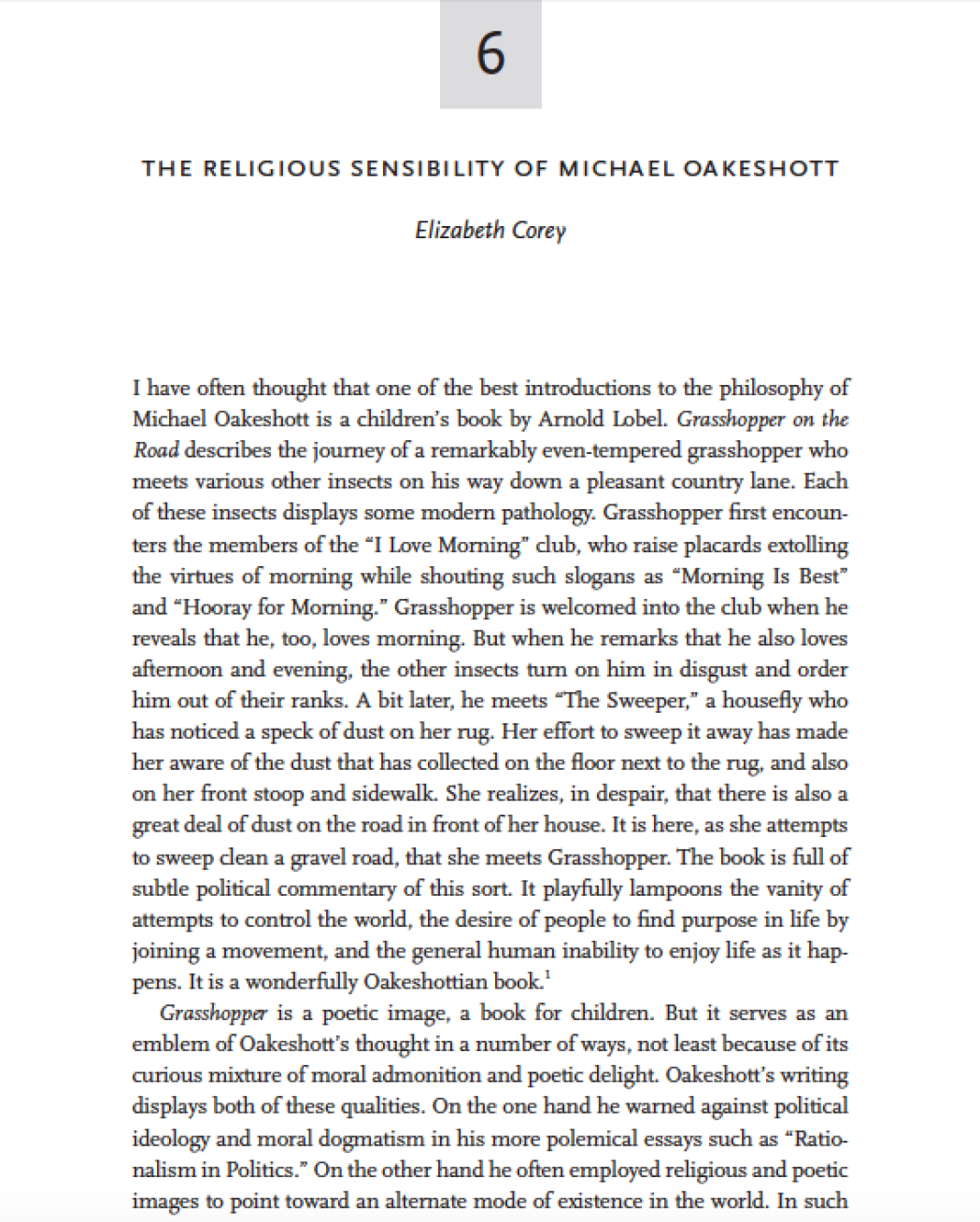 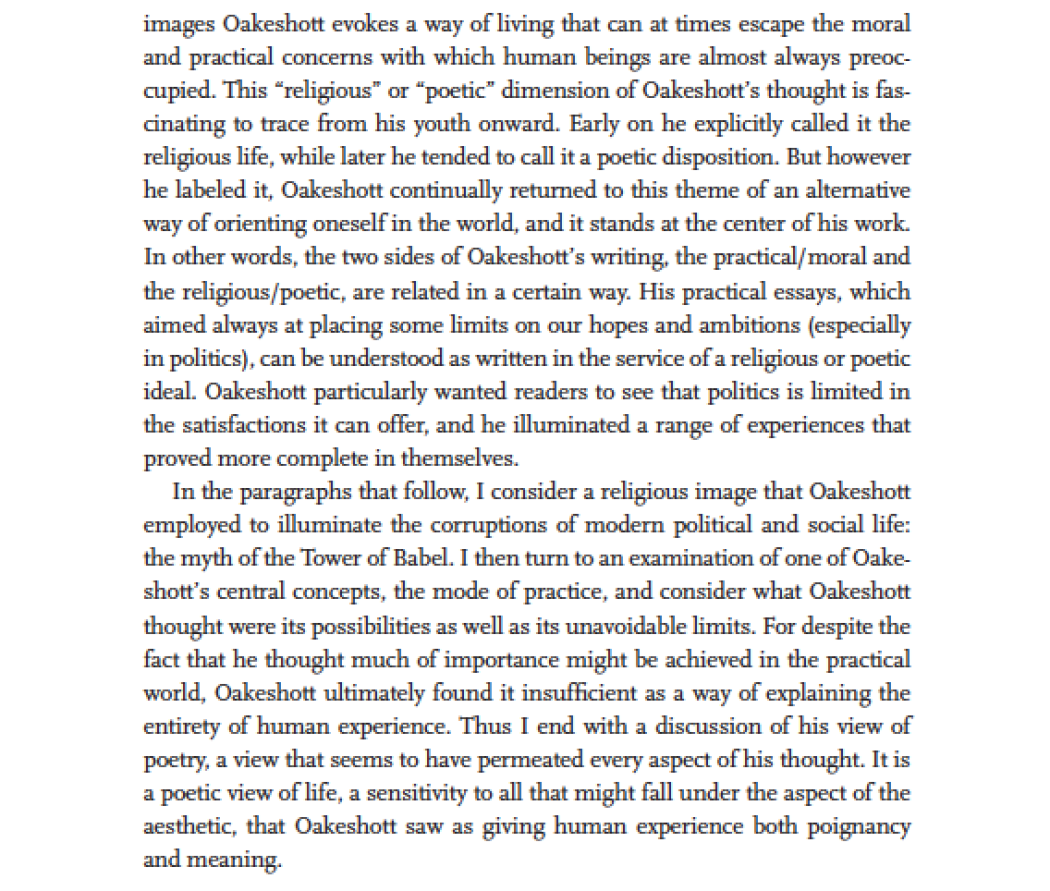 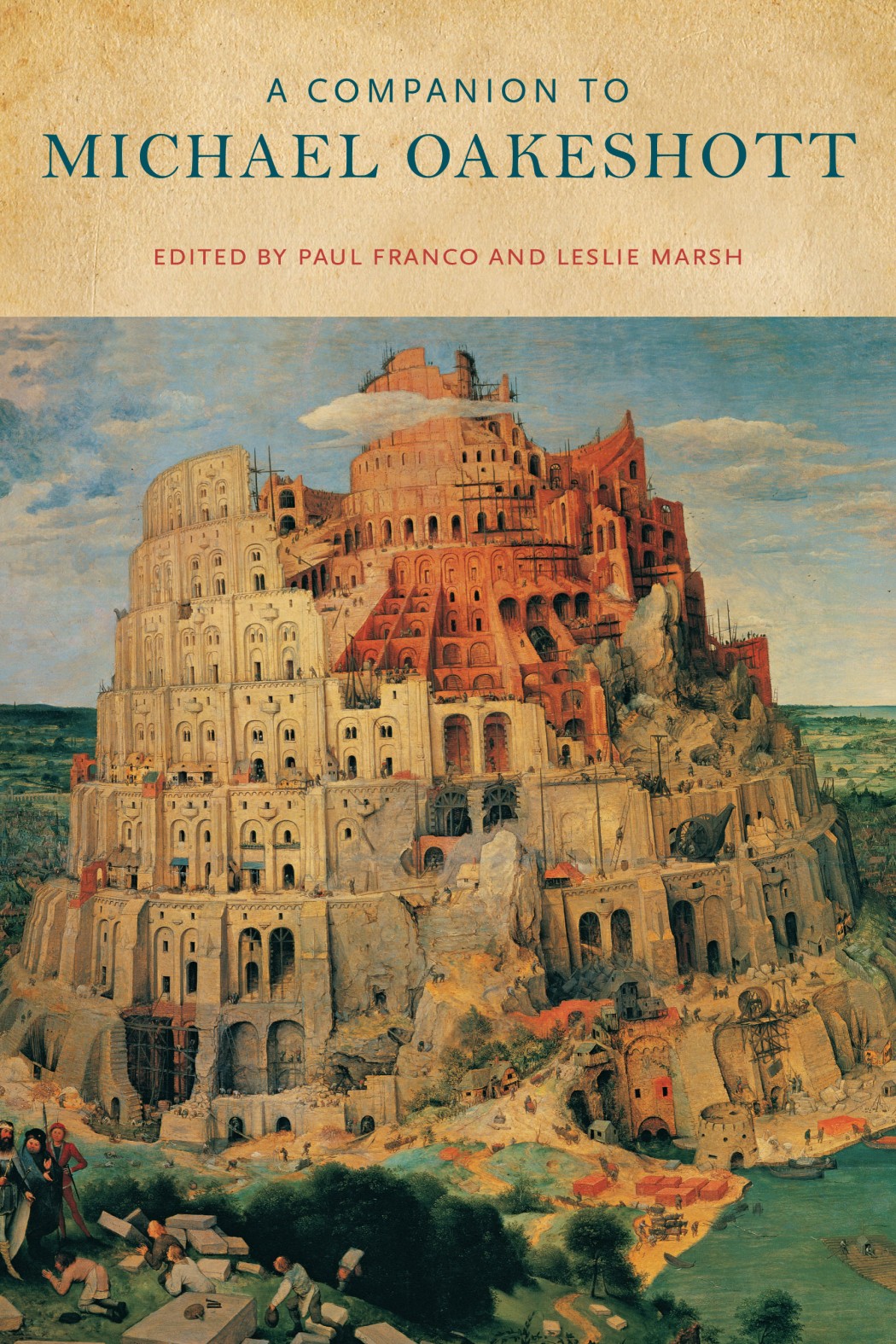