From Hayek in Mind: Hayek’s Philosophical Psychology (Thank you Walter!)

Occasionally I am asked how I came to the work of Friedrich Hayek and why I promoted it (to a mainly psychological audience) through conferences and writings in the 1970’s and 1980’s during the period when I was able to indulge my hobby of studying interesting questions as an “almost” or part-time academic (Weimer, 1974; 1982). Usually it is assumed that I was a psychologist who came across The Sensory Order (Hayek, 1952) and saw its relevance to the “cognitive revolution” then in progress. While partly true, I was never primarily a psychologist – I have always been a student of interesting problems and I do not recognize the sanctity of academic or bureaucratic boundaries. The only problem that consumes me is the nature of knowledge and its acquisition and use. My autobiography would be titled “What Little I Know” in contrast to a physicist of the ‘80’s famous for “What Little I Remember.” I am, in short, primarily an evolutionary epistemologist, as the field has been pioneered by Don Campbell. Hayek had studied the same issues and had similarly been an outsider, a “marginal man,” who was primarily an evolutionary epistemologist usually mistaken for either an economist or political philosopher. 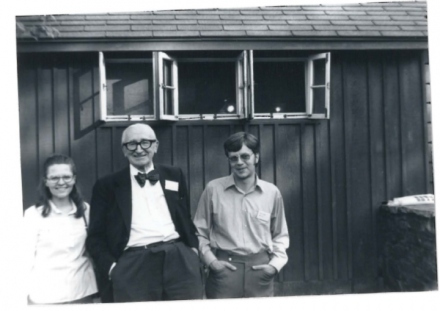