Check out this excellent discussion between Dan Dennett and Sam Harris. Both shine since I think they have raised each other’s game; this despite being recorded after an already long day. As Sam rightly says, since so much gets lost and/or miscognized in writing it is thus vital to listen to the first 8 or so minutes where Sam gives us the backstory. Bravo to both for having the courage to try again and especially to Sam for having the intellectual and moral gumption to do what he does sans the virtue-signaling that typically motivates so many wanna-be public intellectuals. I suspect that the unlikely location for the recording (a pub) and the fact of only having one mic, has made for Sam’s best podcast yet. The upshot: the listener literally eavesdropping on a real conversation rather than the leadenness that tends to infuse recordings made in studios or from Skyping. Crikey, has it really been 25 years since Consciousness Explained? This podcast offers so much food for thought, much more than you ever will from a pat classroom talk or a lecture.

Worth noting is Dennett’s distillation of Rapoport’s rules: 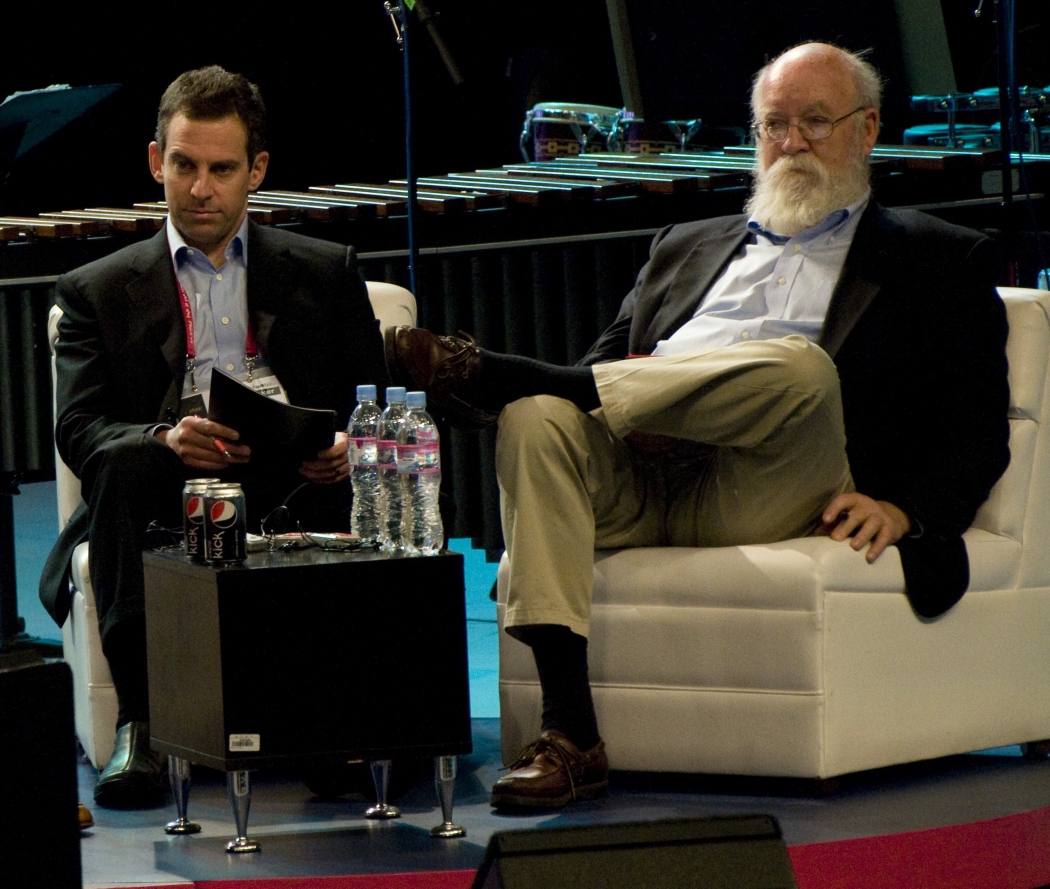