My chum Jack Weinstein’s book that I trailed some six months ago is garnering some amazing press coverage — amazing not only because it’s an academic philosophy book — but because it’s on Adam Smith and in the LA Times — and certainly not the Adam Smith of the ideologues or their “anti-liberty” vulgarian counterparts. Anyway, I’m so pleased that Jack has agreed to be a part of a symposium on his book for Cosmos + Taxis. (Oh yes, and another plug for the fact that he’s a part of this project — my co-authored contribution (not with Jack) is not out of tune with the sentiment expressed by the LA Times reviewer):

There are worse fates. Consider Adam Smith. His philosophy — indeed, the fact he was a philosopher — has been obscured by the “invisible hand.” That phrase occurs just three times in his entire corpus and only once in his most famous work, The Wealth of Nations. Nevertheless, it has become a symbol for the “caricaturish libertarian” whose philosophy (if we may call it that) has supplanted the “holistic picture of human agency” Smith spent his adult life describing. 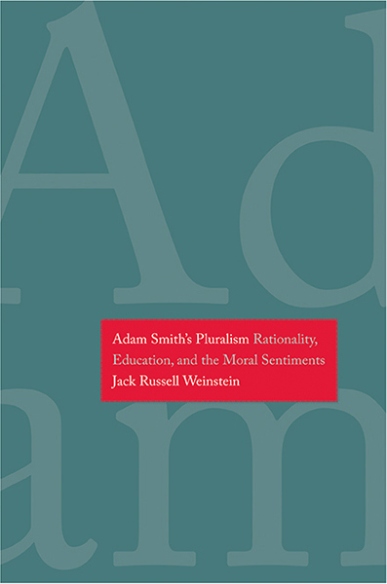