Given a papal change is underway, Rolf’s Hadrian the Seventh is as timely as ever, and in my view happens to be one of the top five novels of the 20th Century. Here is David Bradshaw’s reliable Oxford Dictionary of National Biography entry. Part and parcel of the Corvo legend is Symons’ classic biography of Corvo, Corvo brought to Symons’ attention by another “character” Christopher Millard, sensitively acknowledged in Symons’ “Quest” (Millard lived around the corner from me in NW8 at 8 Abercorn Place). In the preface to “Quest”  (the ’66 edition) Julian Symons (A.J.A.’s brother) in turn characterizes AJA as a character “continually being seduced  . . . by wine and food” (my kinda man!). Anyway, read “Hadrian” and you’ll want to read Symons and those of you who share my enthusiasm for The Confederacy of Dunces will probably find Hadrian very much to your taste. 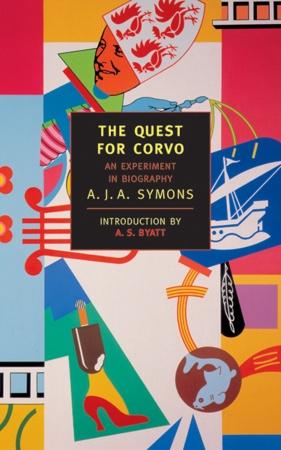