It’s been ten years since the release of David Wiggins’ Sameness and Substance Renewed. I notice that it has gone into a second edition, which is good news. This book must rate as one of my favourite works and I believe is somewhat neglected (I originally read S&S and was impressed that reading S&SR didn’t disappoint years later). The book has a long provenance. It was in 1980 that it was first published but it actually goes back to its first incarnation in 1967 as Identity and Spatio-Temporal Continuity. This first work was reviewed by luminaries such as John Perry (J. Symbolic Logic Volume 35, Issue 3 (1970), 447-448). It wasn’t an easy read – some footnotes were longer than the body of the page text. This was amended and substantively tweaked for the 1980 book. It is still a very dense style (maybe because of the subject matter) but Wiggins does punctuate it with some wonderful flourishes of prose. Whatever the stylistic difficulties one encounters Wiggins was wrestling with some of the most fascinating and deepest of philosophical issues and he did not gratuitously populate his work with symbolic logic as many  ’80s philosophers did to give an air of importance to their relatively shallow and narrow work. Give Sameness and Substance a go – it will be a rewarding experience whatever branch of philosophy you are in. 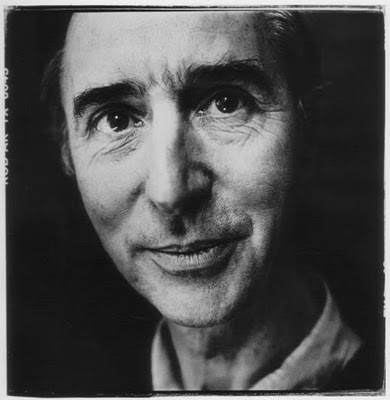 On a personal note, Wiggins who was a tutor of mine, by now had shifted the focus of his writing from metaphysics to ethics. I was struck by the figure he cut in class – a thin and tallish man with an air of not quite being in the present, drifting into class with bicycle clips in place as if he were still in Oxford rather than London. I know of at least three cases where Wiggins went to great lengths in support of the well-being of his students – I wonder if they remember? A very kind and generous man indeed. The Pyke photo above of Wiggins, unusually for Pyke, makes Wiggins look so much younger and effete. It was taken around the time I knew Wiggins (1990) – he was only about 57 at the time. Below is a bio-sketch for Wiggins from the Encyclopedia of Philosophy written by the very good philosopher Harold Noonan (2006):

The most influential part of Wiggins’s work has been in metaphysics, where he has developed a fundamentally Aristotelian conception of substance, enriched by insights drawn from Putnam (1975) and Kripke (1980). His works also contain influential discussions of the problem of personal identity, which Wiggins elucidates via a conception that he calls the “Animal Attribute View.”

Wiggins’s metaphysic of substance embodies several contentions.The first is that a distinction can be drawn between sortal and nonsortal concepts, the former providing answers to the question “What is it?” asked of a substance. If a and b are the same, there must be an answer to the question “The same what?” This answer can be provided by a sortal concept satisfied by both a and b. This thesis implies that any substance satisfies at any time some sortal or other.

Wiggins also maintains that any substance must satisfy the same substance sortal throughout its existence, though it will also satisfy various phase sortals that apply to it only at certain stages of its career. For example, “child” is a phase sortal, while “man,” Wiggins says, is a substance sortal. Protean change is not possible. Following Quine (1960), some opponents of this view hold that substances are not to be distinguished from events or processes, and can be thought of as having temporal parts. These proponents of “four-dimensionalism,” as the doctrine of temporal parts is commonly called, also typically hold that any temporal part of one object and any temporal part of the same or another object can be thought of as constituting a third object (Quine 1960, Lewis 1986). There is, for example, the object consisting of the firstdecade of Aristotle and the third decade of the Eiffel Tower. This thesis is sometimes referred to as mereological universalism, or unrestricted composition. Wiggins’s thesis that any substance must satisfy some one substance sortal throughout its existence is intended to be inconsistent with mereological universalism. More fundamentally, Wiggins argues against four-dimensionalism.

Another significant component of Wiggins’s metaphysics is his denial of relative identity. Wiggins maintains that identity is not relative to different sortals, in the sense that a and b may be the same f but different g‘s. The relative-identity thesis was introduced into modern debate by Peter Geach (1972) and appears to be illustrated by familiar kinds of change. For example, an old general is the same person or human being as the young boy he was, but he is not the same child, since the old general is not a child. Again, if a piece of clay is reshaped to make different statues, it is the same piece of clay throughout, but not the same statue. To dealwith such examples, Wiggins appeals to (1) the distinction between phase sortals and substance sortals and (2) the distinction between constitution and identity. The first type of example, he suggests, can be dealt with merely by paying proper attention to tense: The general was the same child as the boy, and the boy will be the same man as the general. In the second type of case he suggests that we must recognize that the piece of clay is distinct from all the statues it successively constitutes. We can correctly say that the clay is at one time a statue of Goliath, say. But this isbecause one of the meanings of “is” is “constitutes”—a meaning that must be recognized in addition to the “is” of predication and the “is” of identity.

Wiggins opposes relative identity because he sees it as incompatible with Leibniz’s Law, the principle that if a is identical with b, a and b must share all their properties. Some opponents of Wiggins have criticized his distinction between constitution and identity, which allows the possibility of two things in the same place at the same time (Lewis 1986). Others have questioned his positive argument that Leibniz’s Law and relative identity are incompatible. Debate about these matters continues.

One sortal concept to which Wiggins has given special attention is that of a person. In Identity and Spatio-temporal Continuity(1967) and its successors, he developed his response to theproblem of personal identity originating in the writings of John Locke, with particular reference to the writings of Bernard Williams (1973), Derek Parfit (1984), and Sydney Shoemaker (1963). In response to the famous Reduplication Argument against Lockean accounts of personal identity in terms of consciousness, put forward by Williams, Wiggins insists that the concept of a person, as a genuine sortal concept, must satisfy “the a and b rule,” that whether later a is identical with earlier b can depend only on facts about a and b and the relations between them. This entails a rejection of the modified Lockean “best candidate” type of account of personal identity developed by Shoemaker and endorsed by Parfit.

Wiggins also rejects Parfit’s thesis that identity is not what matters in survival. Finally, he rejects Locke’s distinction between man and person, and endorses the thesis that persons just are animals (more specifically, human beings). Many philosophers have accepted the distinction on the basis of thought experiments inwhich, for example, brains are transplanted from one skull into another, with consequent transference of memory and character traits. Wiggins suggests that in such cases the same human being (not merely the same person) has different bodies successively. More fundamentally, he denies the real possibility of such cases. In the last position, he is influenced by the work of Kripke and Putnam. In this area too, Wiggins’s position remains one of the options subject to current debate and development. The “animalist” position is developed in different ways by van Inwagen (1990) and Olson (1997), and is opposed by Shoemaker (1963).